Results of Analytica- 2014 in Munich

The Analytica exposition that was held in Munich on April 1-4, 2014 is not the first European exposition where specialists of LAMSYSTEMS have participated. 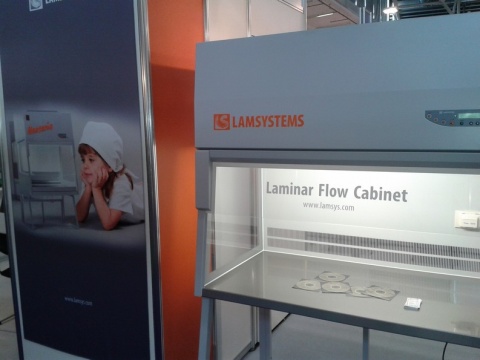 The Analytica exposition that was held in Munich on April 1-4, 2014 is not the first European exposition where specialists of LAMSYSTEMS have participated. Along with previous exhibitions such as Medica 2012 inDusseldorf and Biotechnica 2013 inHanover, Analytica 2014 has shown that there is interest in the products of the LAMSYSTEMS brand. Special attention was paid to the high quality of the equipment.

Visitors of the LAMSYSTEMS stand have taken a favorable view of the design concept applied in the pull-out UV unit in Microbiological Safety Cabinet, class II. They have noted that Drive-n-Roll construction is an absolute know-how for the European market. REFLEXLS system has also been featured among advantages of the Russian equipment – it is an audible and visual alarm to an operator when the cabinet air grille is accidentally blocked or covered. There is no other manufacturer in the world that has similar alarm system.

It is not the first time when MSC, class II displayed at the LAMSYSTEMS stand attracted visitors’ attention. Another item presented at the exhibition is a Laminar Flow Cabinet, width 1.2m.  That model is distinguished by a low noise level.

All the world leading manufacturers of laboratory equipment have participated in Analytica 2014, the largest exhibition in the laboratory industry. 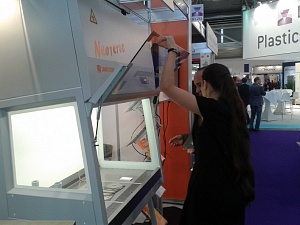 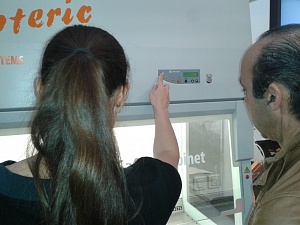 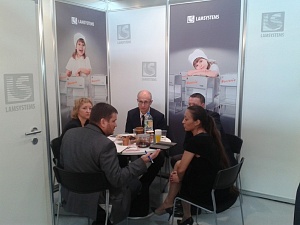 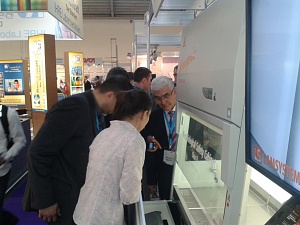 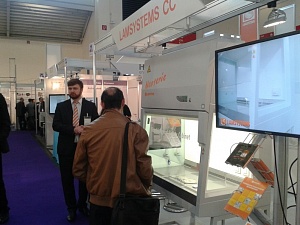 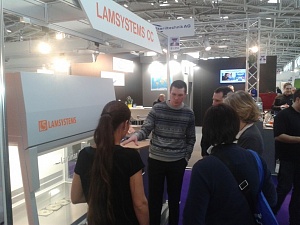 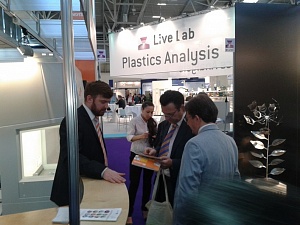 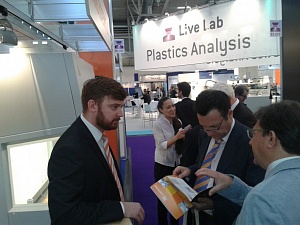